The indispensable role of the priest

The indispensable role of the priest

The experience of a shortage of priests in recent decades has led to questions as to whether the times require a reassessment of the dependence of the Church on the ministry of priests. Can lay people step up and assume roles traditionally belonging to the ministry of priests? The issue emerged during the recent Amazon Synod. The consultation process preparing for the Plenary Council saw this question being raised. It is time to ask the question: what is the role of the priest in the Church? Can a parish be a parish without a priest?

Benedict XVI on a priest’s role 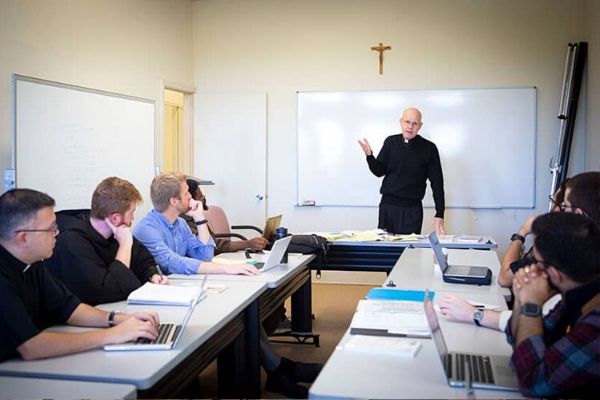 When Pope Benedict XVI addressed this question, he offered this response: ‘the lack of priests does not justify a more active and abundant participation of the laity. The truth is that the greater the faithful’s awareness of their own responsibilities within the Church, the clearer becomes the specific identity and inimitable role of the priest as pastor of the entire community, witness to the authenticity of the faith, and dispenser of the mysteries of salvation in the name of Christ the Head’.

He went on to comment ‘the function of the clergy is essential and irreplaceable in announcing the Word and celebrating the Sacraments, especially the Eucharist. … For this reason it is vital to ask the Lord to send workers for His harvest; and it is necessary that priests express joy in their faithfulness to their identity’.

What makes a priest a priest? 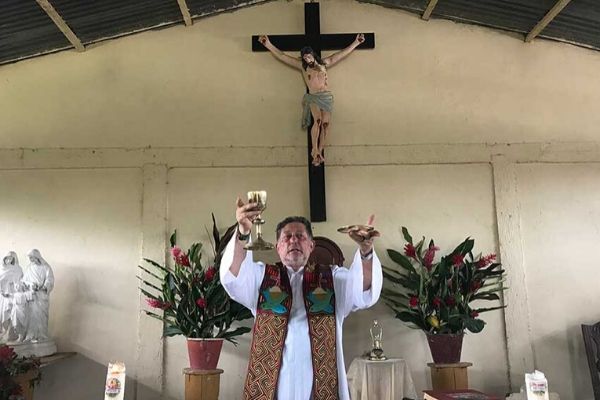 The priesthood cannot be considered simply as a role performed or a job that is to be carried out. It is a calling or a vocation that goes to the very heart of who the person is. It is not something one simply chooses to do as a career, rather it involves an invitation that one receives from the Lord. The Church has always understood that at the moment of ordination to the priesthood the candidate undergoes an ontological change, a change that leaves an indelible mark on his soul which cannot be removed. It marks him as a priest forever.

Through the Sacrament of Ordination priests receive the anointing of the Holy Spirit and are “signed with a special character and are conformed to Christ the Priest in such a way that they can act in the person of Christ the Head”. (Presbyterorum ordinis  2).

The nature of the Catholic priesthood can only be understood in reference to Christ, for the priesthood is ‘a derivation, a specific participation in and continuation of Christ Himself, the one High Priest of the new and eternal Covenant. The priest is a living and transparent image of Christ the priest’ (Pastores dabo vobis, 12). He carries out his ministry not in his own right, nor according simply to a certain earthly authority. The Priest acts in the power of Christ as co-workers with the bishops.

Though entrusted to very ordinary men, the saving work of Christ in the world continues to be enacted through them. Just as the Lord chose very human disciples to become apostles, so the Lord accepts men with natural limitations to be his instruments. The exercise of the priesthood is, in the end, in the realm of grace and not simply the product of the human capacity of the individual. While lay people can exercise various ecclesial roles, they can never replace the role of the priest.

A special and unique role

The priest takes a special and unique position as a mediator between God and man. Pope Benedict taught that the priest’s mission is “to link these two realities that appear to be so separate, that is, the world of God, far from us, often unknown, to the human being and our human world. The priest’s mission is to be a mediator, a bridge that connects, and thereby to bring human beings to God, to His redemption, to His true light, to His true life’.

St Paul describes the role as being ‘minsters of Christ and dispensers of the mysteries of God’ (I Cor 4:1). The Letter to the Hebrews says that priests are ‘taken from among men yet appointed for men in the things that pertain to God’. This has always been understood by the Church as the unique role that priests play in the life and mission of the Church. The Church has taught that the priesthood was intended by Christ and the apostles were ‘ordained’ at the Last Supper when Christ said, ‘do this in memory of me’. Immediately after His Resurrection Christ bestowed on the apostles the power to forgive sins: ‘whose sins you forgive they are forgiven’. Christ entrusted sacral power to the priest. 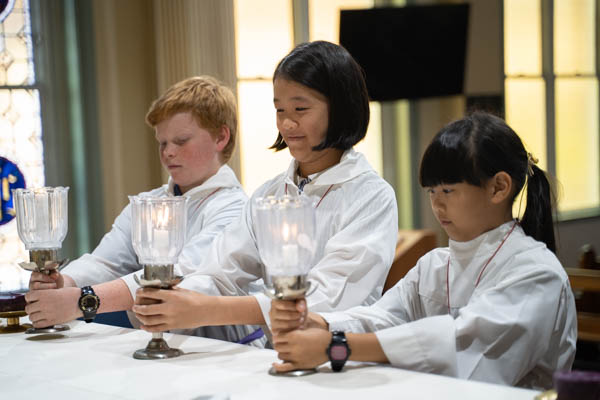 Pope Francis has recently reaffirmed this understanding in his post-synodal Apostolic Exhortation, Querida Amazonia. In asking the question of what is specific to the priest and cannot be delegated he states “The answer lies in the sacrament of Holy Orders, which configures him to Christ the priest. The first conclusion, then, is that the exclusive character received in Holy Orders qualifies the priest alone to preside at the Eucharist”. (no 87)

In speaking of the social situation of the priest Pope St John Paul II warned about the danger for priests in wanting to become just one among the faithful – a mate, a good bloke, in Australian parlance – losing their sacral character. In his 1986 Letter to Priests he warned, ‘Attempts to make the priest more like the laity are damaging to the Church’. This does not mean that the priest is to remain aloof from the people, ‘he must be very near to them, as St Jean Marie Vianney was, but as a priest, always in a perspective which is that of their salvation and of the progress of the Kingdom of God’.

AT A TIME OF SOME CONFUSION IT IS IMPORTANT THAT WE UNDERSTAND THE PROPER OFFICE OF THE PRIEST.

At a time of some confusion it is important that we understand the proper office of the priest. While he is human and fallible, impacted by original sin, he has a particular calling and is given the grace to act in the person of Christ to enable the Christian community to be more fully united to God through the sacraments, in particular the Most Holy Eucharist. He has a different calling to the laity, he is set apart to lead the community with whom he is entrusted to serve. He provides an essential role in the Church which cannot be assumed by others. But he is reliant on the laity to carry out his calling, both in spiritually and practically. And in turn the laity are reliant on him to life out their particular calling. It is only through the laity and priest working together, each striving for holiness according to their particular vocation, that the Church can fully flourish.

Read the original article: The indispensable role of the priest